It was not only Beijing, but also Taipei that was relieved by the U.S. president’s decision to continue to policy of one China, respecting Beijing’s insistence that any country that recognises China cannot recognise Hong Kong, Macau or Taiwan. After years of being an unresolved by settled situation, Donald Trump indicated that the U.S. might want closer ties with Taiwan and the island suddenly because a flashpoint again that could redefine America’s relationship with Beijing. At present, Taiwan has a close relationship with China and after a short ferry ride from the Chinese mainland to a Taiwanese island, Humphrey Hawksley sees why. 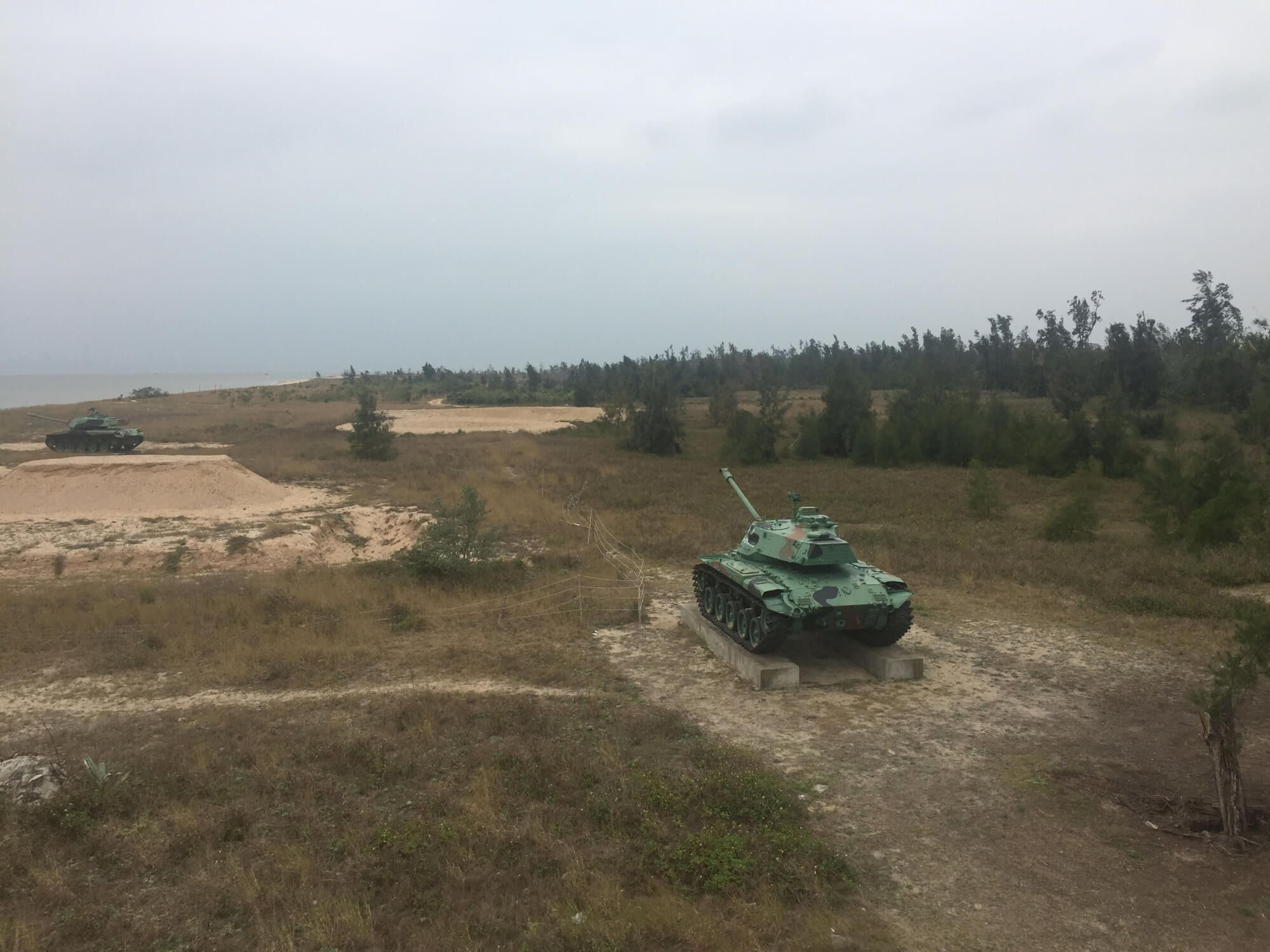 We stood next to an old camouflaged battle tank. A low mist hung across the narrow strip of sea, through which we could just make out the office towers and luxury hotels of mainland China.  “If they attack us here, they’ll only hit a national park,” said Isaac Wang. He’s in his sixties, but as a young soldier he was posted to the Taiwanese island of Kinmen.  “But if we bomb them, they will lose a lot of skyscrapers.”

He was right because barely two hours earlier I had been over there in the Chinese megacity of Xiamen, driving along its elegant, coastal road lined with palm trees and yachting marinas. Then in a half hour ferry ride, I crossed the unrecognised, invisible and heavily defended frontier that separates communist and authoritarian China from capitalist and democratic Taiwan.

Taiwan was split from the mainland nearly 70 years ago in 1949, when communist armies swept into Beijing and the defeated American-backed nationalists fled here. On the mainland, the People’s Republic of China vows to win back the island one day and – in what is known as the One China policy – insists that no government can recognise both itself and Taiwan.

That threat of conflict has never gone away and has recently been resurrected by President Trump publicly questioning the One China policy. This worries Isaac.

But, while Washington and Beijing made threatening noises, Xiamen’s ferry terminal bustled with school groups, sports teams and duty free shoppers. Customer-friendly immigration officers stamped papers while travellers chose from a panel of coloured buttons, smiling or frowning faces, to say how satisfied they were with the service. I gave mine top marks.

There wasn’t a gun or warship in sight.

“We have 4,000 day trippers on a busy day,” said Isaac enthusiastically. “We are the same people. We have the same language. We eat the same food. We have families on both sides.”

A few metres away, water lapped at the thick stakes, embedded in the beach to deter Chinese troops coming ashore. Peppered around the landscape were tall concrete posts, some still with three-pronged metal spikes designed to impale invading paratroopers.  The main island of Taiwan is much further east. But Kinmen has always been the vulnerable outpost.

Isaac divides his time between San Francisco and Kinmen for which he has huge affection. In the 1970s, he worked here as a psychological warfare officer when China carried out routine artillery bombardments every Monday, Wednesday and Friday at 7.30 in the evening sharp, he said.

He showed me a pile of grey metal shells, stuffed with tightly-rolled paper. Instead of raining down shrapnel, their explosive charges had pushed out leaflets. Isaac’s job was to gather them all up before the islanders read them and were converted to communism.  “They said crazy things like how China had colour televisions and shiny bicycles”, he remembered. “And, of course, they sent over copies of Mao’s Little Red Book.  If anybody was found with one, they were arrested. Taiwan had martial law then, and it was very strict.”

Then on January 1st 1979, the U.S. formally cut ties with Taiwan and recognised Beijing. The One China Policy began and the shelling stopped.  Now, there’s uncertainty again. Taiwan is a sensitive no-go area for China, capable of whipping up discussion of missiles and nuclear strikes in Beijing’s nationalist press, while Taiwan still talks about training for an insurgency that would destroy China in an Iraq-style war without end.

Isaac wanted to show me something that he thought would guarantee none of that would ever happen. He pointed out the site of the last battle in October 1949  when an attempted land invasion was repelled and the once-secret coastal tunnels, hewn through rock, from which high speed supply boats raced against Chinese shellfire to keep the islanders fed. We ended up at a brand-new hotel and duty free shopping mall – a $2.5 billion investment gamble that today’s mainland visitors would keep coming.

The manager took us up to the lavish presidential suite. Next to it was a small conference room specially built for Chinese and Taiwanese officials to have impromptu, secret meetings to sort things out without fanfare.

“Trump needs to understand how important face is to China,” said Isaac. “If you give face, pay respect and compliments, and keep the deal-making under the table, you can do business. If you don’t, it can end in blood.” 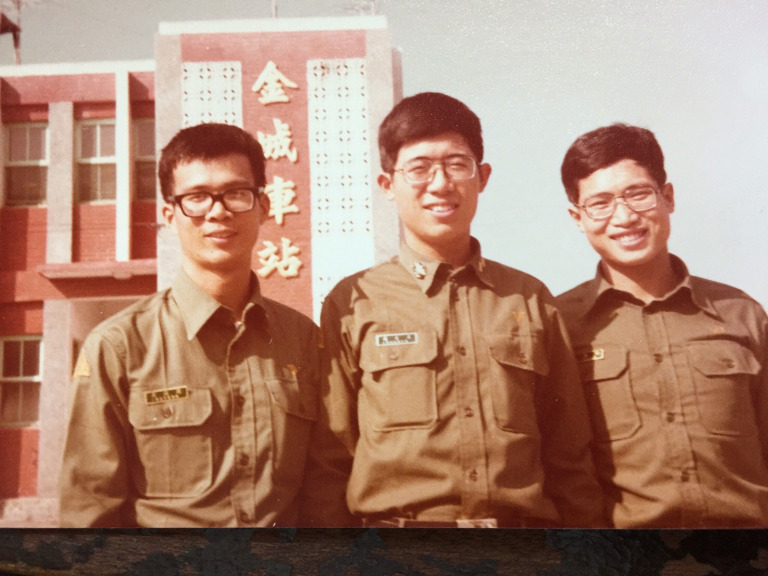 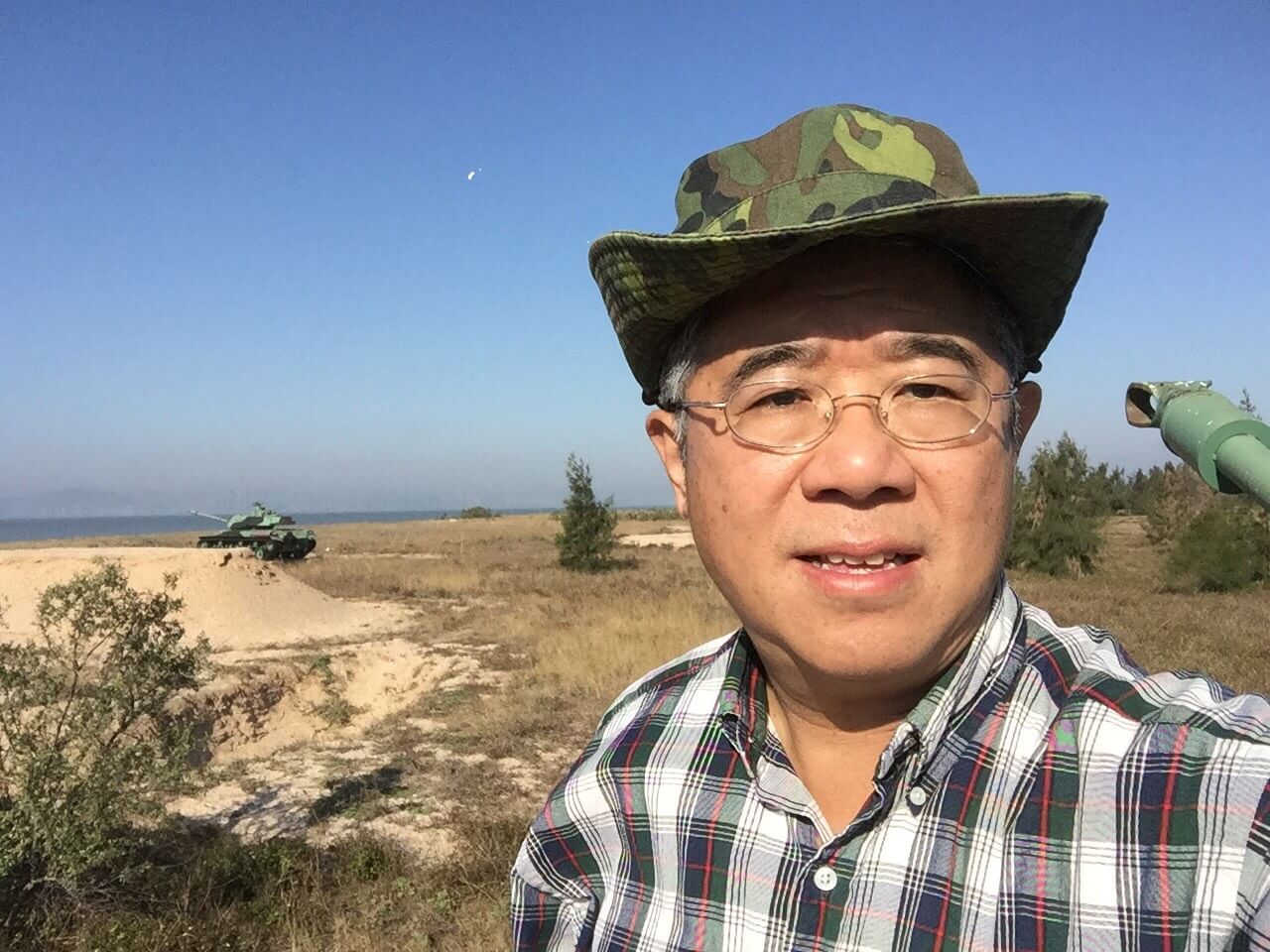 Riding in a high-speed catamaran along an Alaskan fjord, the captain asked: ‘See that glacier ahead? … END_OF_DOCUMENT_TOKEN_TO_BE_REPLACED

For a few months last year, the prize for the busiest airport in the world slipped away from those … END_OF_DOCUMENT_TOKEN_TO_BE_REPLACED

I first met Hsiao Bi-Khim on a sidewalk during Taiwan’s 2008 election campaign. Sitting on a low … END_OF_DOCUMENT_TOKEN_TO_BE_REPLACED