The savage dystopia that Humphrey Hawksley has created…is, sad to say, all too believable in our post 9-11 world But this book offers so much more…it is a complex, intelligent, skillfully-turned adventure story that will keep the reader spellbound.
Simon Winchester

Ominous and insightful. Dragon Strike is a thinking man’s thriller that will have you glued to your chair.
Stephen Coonts

Humphrey Hawksley is one of only a handful of writers taking the thriller in important new directions.
Craig Thomas

I hope nobody dismisses Humphrey Hawksley’s book Dragon Fire as one more work of fiction. The political and historical backdrop against which he writes is real. The dramatis personae couldn’t have been more real. The fictional denouement stands out as a call for reason to assert before time runs out.

By choosing the year 2007 for fiction to metamorphose into reality, Hawksley has given all concerned a long rope, may be with much hope. What lessons others draw from the scenario etched by him is their business. But the Indian people would do well to take the blinkers of their eyes and have a full-eyed look at both friends and foes. And for that, I commend this book to every Indian.
George Fernandez, Minister of Defence, India

The action is rivetting, the decision-making breathtaking to bizarre. Hawksley moves the war on multiple tracks, from Downing Street to White House to Kremlin to Beijing to Rawalpindi to Delhi and to at least another dozen world capitals, sucked in by Operation Dragonfire
Gen. Ashok K. Mehta (Rtd.)

Dragon Strike is a cracking read by two fine journalists who know what they are talking about. Realistic and gripping, it goes to the heart of some of the most worrying issues with which the world will be grappling in the millennium.
Chris Patten, Chancellor, Oxford University and last governor of Hong Kong.

A gripping story, told with great imagination, but also with the knowledge and authority that one rarely sees in such thrillers.
Jon Swain, Sunday Times

The scenario proposed by veteran foreign correspondent Humphrey Hawksley in his latest political thriller is chillingly plausible. It all makes me feel nostalgic for the simple antagonism of the Cold War, Simon Shaw Mail on Sunday The novel (Dragon Strike) effectively illustrates the strange mixture of economic interdependence and ideological opposition that marks relations between China and the United States. Considering the bombing of the Chinese Embassy in Belgrade last year and the recent failure in the Senate of a nuclear test-ban treaty, this book also seems remarkably prescient.
New York Times

In the end this perceptive book is really about what is now being called the China Problem. Is China on the verge of becomoming the ham-fisted bully of Asia? And if so, what should – or can – the rest of the world do about it. The alternatives suggested in Dragon Strike are not appealing.
Barry Hillenbrand, Time

After the absolutism which the Cold War threatened, and the cataclysmic and cathartic wars which have erupted since, this return to the notion of calculation in war is strangely chilling. Dragon Strike’s international and strategic insight is formidable.
Allan Mallinson, Spectator

The central theme comes through loud and clear: The United States has little idea why it is still in the Western Pacific (other perhaps than Korea). As events every year since 1992 have shown, it has no policy towards China’s seawards expansionism, instead taking naïve comfort in the benefits of “engagement” with a China whose goals have been states and are unlikely to be changed by smiling faces. Hawksley and Holberton may be too close for comfort.
Philip Bowring, International Herald Tribune

A neat plot….a provocative and topical thriller.
The Telegraph, London

Hawksley has stationed himself at the crossing-point between fiction and the all too real possibilities of war and politics in the region he knows as well as anyone writing today. He has written an extremely clever and absorbing book which is both highly believable and downright disturbing. He has convinced me that we may soon find ourselves living out his vision of the near future. In other words, this could well be the next war we report on.
John Simpson, BBC World Affairs Editor.

These are two experiences and highly respected journalists, who work for the BBC and Financial Times respectively. Their depiction of China under the post-Deng leadership as a threat to its neighbours and as willing to take risks in challenging western interests is graphic and, in its own terms, realistic. The (Dragon Strike) scenario contains many finely judged and ingenious episodes, not least of which tells how a Chinese military man manipulates the international financial markets to raise sufficient funds to underwrite the costs of the war.
Michael Yahuda, Financial Times

It is (Dragon Strike) is pacy and absorbing. The imagined naval encounters in the South China Sea are instructive, and the linkage to world events expansive and intelligent.
Charles Bickers, Far Eastern Economic Review

Their novel (Dragon Strike) is a well-researched attempt to think how a war might start, how the various countries in the region might behave in response to it and what sort of political balance it might leave in its wake.
Economist

The authors know their stuff, and their timing is impeccable. Humphrey Hawksley of the BBC and Simon Holberton of the Financial Times, both old Asia hands, have constructed an ingenious thriller based on the premise that a resurgent China – soon to become the largest economy on earth – will clash with that other great Pacific Power, America.
Christopher Lockwood, Telegraph

Using secret documents supplied by high-placed contacts, along with their own informed reading of the situation, the two reporters have constructed a scenario in which the long-dormant Chinese Dragon threatens the stability of the entire world.
Christine Barker, Birmingham Post

A complex and convincing thriller ….an intriguing, if violent, vision of the near future.
New Scientist

It (Dragon Fire) cannot be dismissed as the mere invention of an imaginative writer because Hawksley researches his books diligently. Through contacts with high-level military and other sources in Pakistan, India and the US, he was told things which later came about.
John Elliott, New Statesman

Uneasy collusions between East and West.
The Guardian

His story is too close to the bone to laugh away. It’s quite literally ‘unputdownable’.
Karan Thapar Hindustan Times

Hawksley not only knows his facts but has also lived through many of them.
Felix Soh Straits Times

His highly realistic appraisal of international relations, especially in the Asia region, makes this imaginary story of future tragedy all too credible.
Bradley Winterton, Taipei Times

The Third World War does not disappoint, either with pace and plot or credibility. Hawksley is the perfect antidote to the escapism dominating our popular culture.
Steve Murphy, Newbury Weekly Times

Excellently read. Hawksley has caught the atmosphere of the tense world we live in perfectly.
Lincolnshire Today

The scariest milieu since the Cold War washed out.
Kirkus Associates 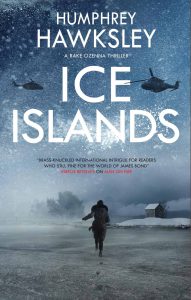 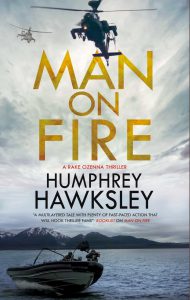 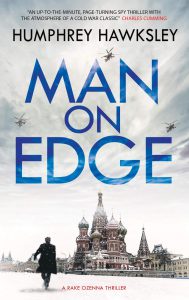 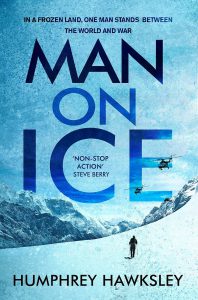 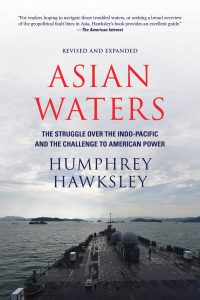 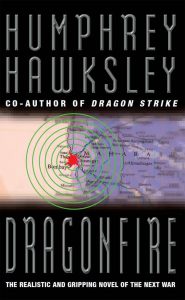 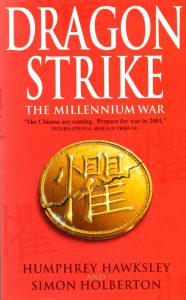 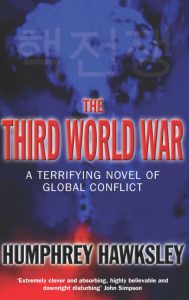