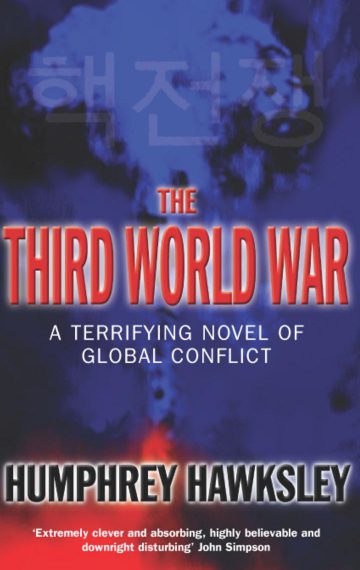 Too close to the bone to laugh away

THE THIRD WORLD WAR tells the story of four world leaders pitted against the raw power of failing states. A Russian president who needs to rein in his ambitious generals; an Indian prime minister experienced in the lethal consequences of the wrong decision; a Chinese president faced with competing forces within his country; and, in the White House, a man who tries to make peace with those who only want catastrophe.

The opening stages of the Third World War are more confusing and terrible than those in any war in history. A terror attack on the Indian parliament kills hundreds. Hours later a North Korean missile hits a US military base in Japan. As the next few days unfold, those once counted as allies become enemies, and the comfortable lives of citizens in modern societies verge of physical and emotional collapse.

Ultimately, four men pitted against each other because of events they fail to control.

The global reality of our time

A superior-minded thriller based on recent history that maps out a possible, terrifying future and makes into plausible fiction the global political realities of our time.
Kirkus

A gripping thriller. the attention to detail is amazing.
Business Times

His highly realistic appraisal of international relations makes this imaginary story of future tragedy all too credible.
Taipei Times

Hawksley builds a scenario that is every strategic analyst’s worst nightmare.
India Today

Chillingly plausible. It all makes me feel nostalgic for the simple antagonism of the Cold War.
Mail-on-Sunday