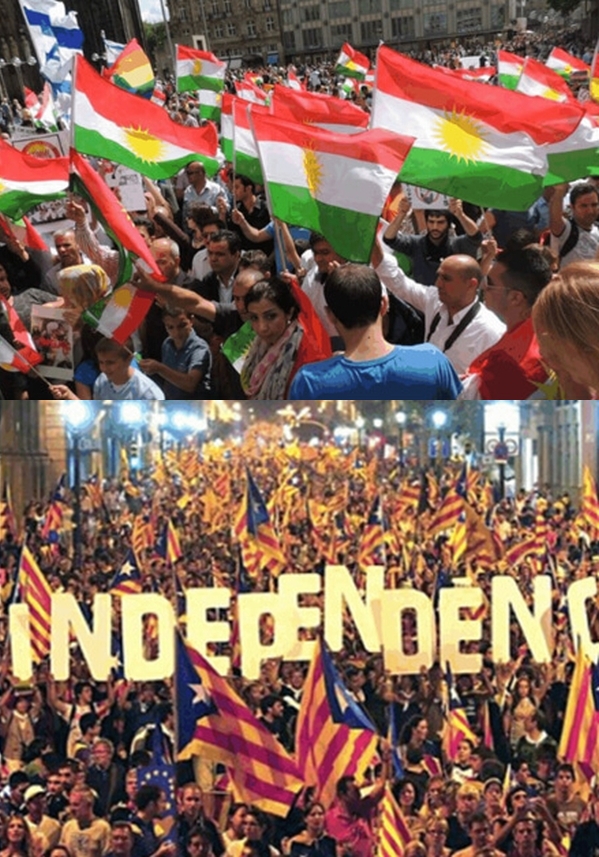 In the early 1990s, as remnants of the Berlin Wall were transformed into a tourist attraction, there was a near-unchallenged presumption that governance, through the democratic will of the people, would underpin our future. Germany, once divided by two opposing ideologies, united under the democratic banner and countries that had mostly lived under Soviet control quickly became new democracies. American political scientist, Francis Fukuyama summed up the prevailing atmosphere in his 1989 essay “The End of History,” suggesting that the endpoint of mankind’s ideological evolution had been reached. Western liberal democracy was universal, the final form of human government.

Historians may come to view October 2017 as a turning point unseating this argument, when the concept of designing policy through the “people’s will” had been stretched as far as it could. The markers are referenda in two different parts of the world where voters in semiautonomous regions chose to break from central governments to form independent nations. […]

Democracy in Kurdistan and Catalonia: Does the People’s Will Matter?

I first met Hsiao Bi-Khim on a sidewalk during Taiwan’s 2008 election campaign. Sitting on a low … END_OF_DOCUMENT_TOKEN_TO_BE_REPLACED

As Donald Trump was heading out of the White House, China’s Xinhua news agency did not mince its … END_OF_DOCUMENT_TOKEN_TO_BE_REPLACED