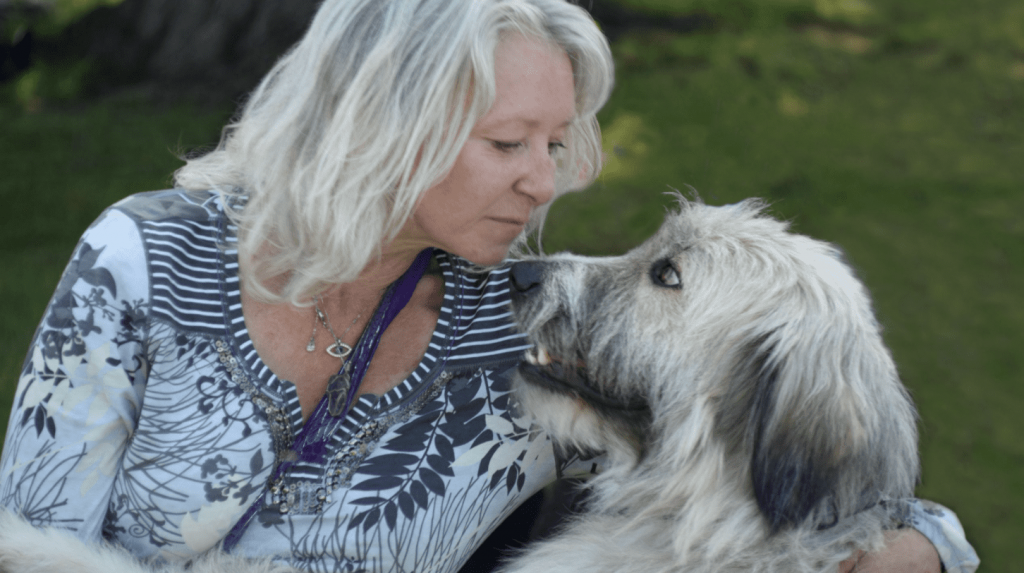 Tess Eagle Swan was a solitary, troubled child. At sixteen, she ran away from home. By her late twenties, she was battling violence, drug addiction and bad relationships. What she only discovered much later on, when she was fifty-four, was that she was on the autistic spectrum. That diagnosis helped her make sense of her struggle. In 2014, having seen a FaceBook post about the plight of dogs in Romania, she adopted a Carpathian/Mioritic Shepherd called Kratu who came from a Roma camp in Transylvania.

Kratu became Tess’s official Assistance Dog, the anchor of her life. Through her bond with Kratu, Tess began to answer some of the questions about her traumatic past and was able to love and respect herself.  She entered Kratu for the famous Crufts dog show where, out of the blue, he became an instant national treasure precisely because he refused to do what he was meant to do. The audience loved this, and videos of his antics went viral. After a lifetime of stress for both, a rescue dog from Romania and an autistic, unstable drug addict have found deep friendship and love with each other. Together, they are now bringing happiness to millions, raising awareness for animal welfare and autism-related causes.

Tess has told her story in her book The Incredible Kratu. Now hear it directly from her with Humphrey Hawksley on Goldster Purpose Passion and Grit, midday on Tuesday August 16th 2022.