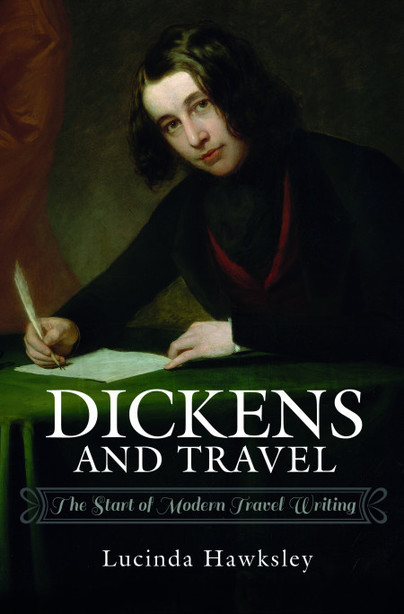 Author of Dickens and Travel

This week Lucinda Hawksley will find herself on the opposite side of the zoom window. She will be interviewed by her co-presenter Humphrey Hawksley, about her new book, Dickens and Travel, which was launched last month.

From childhood, Charles Dickens was fascinated by tales from other countries and other cultures, and he longed to see the world. In Dickens and Travel, Lucinda Hawksley looks at the journeys made by the author – who is also her great great great grandfather.

Although Dickens is usually perceived as a London author, he travelled widely around the UK, North America and Europe. In the 1840s he whisked his family away to live in Italy for year, after which they also lived for several months in Switzerland. Later, Dickens took up residence in Paris and Boulogne (where, towards the end of his life, he lived in secret with his lover). Dickens also toured America twice, performed onstage in Canada and, before his untimely death, was planning a tour of Australia. Dickens and Travel enters into the world of the Victorian traveller and looks at how Charles Dickens’s journeys influenced his writing and enriched his life.

Join Humphrey and Lucinda on the Inside Story at 12pm on 18 August.