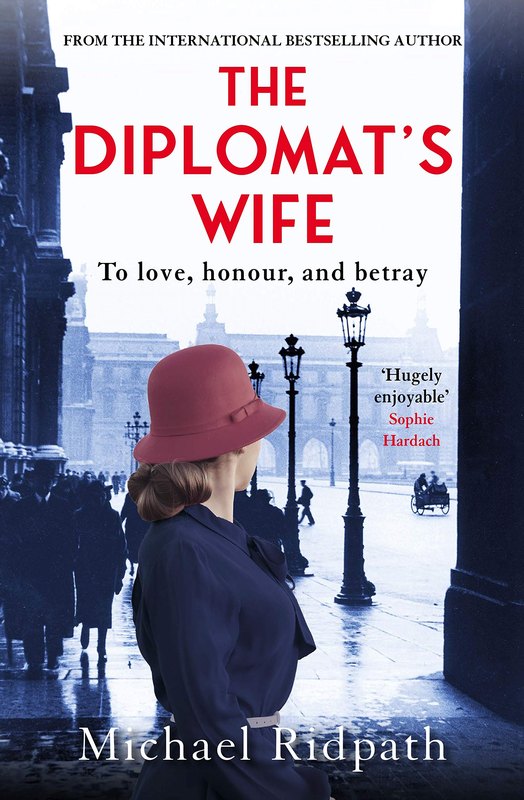 Meet the man who the Guardian describes as having “that read-on factor that sets bestsellers apart.

From murder mysteries in the windswept landscapes of Iceland, to tales of chilling greed in the world of banking, to knife-edge dramas involving incidents that brought the world to the very brink of nuclear catastrophe, Michael Ridpath is among Britain’s most versatile bestselling novelists. His first novel, Free to Trade (1995), was a financial thriller drawing on his experience working in bond trading and private equity. “I had come across some pretty dodgy characters,” he says. “There were good guys, there were bad guys, and there were plenty of shades of grey in the middle; the shades of grey interested me.” Free to Trade became an immediate bestseller and, from there, Michael wrote seven more thrillers set in the worlds of business and finance.

Then he turned his hand to Icelandic crime. The hugely successful Magnus Icelandic Mysteries brought us the crime-solving adventures of detective Magnus Jonson, who was born in Iceland but went with his father to Boston at the age of twelve. After his father was murdered, Magnus decided to become a cop. Magnus still doesn't know who killed his father. Michael does, of course, but he’s not telling yet – not for a few books anyway.

Michael also writes stand-alone thrillers: Amnesia draws on dangerous secrets that stretch back to 1935, and Launch Code is an edge-of-your-seat Cold War submarine thriller. His latest novel, The Diplomat’s Wife, a tale of intrigue and betrayal, moves from the 1930s to the Cold War.

Join Humphrey Hawksley at noon, on Friday 17th December, and meet the man who the Guardian describes as having “that read-on factor that sets bestsellers apart."