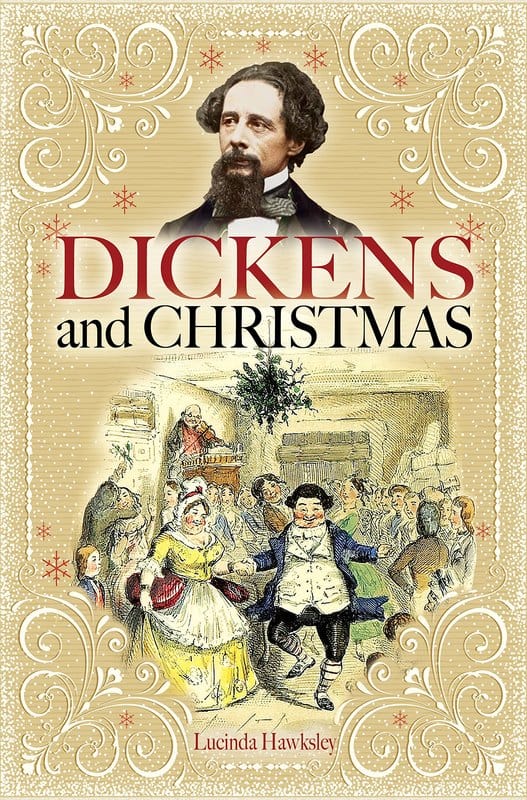 On Christmas Eve, both of our Goldster Book Club presenters will be getting together for a special seasonal event. Humphrey Hawksley will be interviewing Lucinda Hawksley about Dickens and Christmas.

When writing this book, Lucinda went on an exploration of the 19th-century phenomenon that became the Christmas we know and love today, and of the writer who changed, forever, the ways in which it is celebrated. That writer also happens to be Lucinda’s great-great-great-grandfather.

Charles Dickens was born in an age of enormous social upheaval. He survived childhood poverty – and a period of time working as a child labourer in a factory – to become the most adored and influential man of his time. Throughout his life, he campaigned tirelessly for better social conditions, not least through his most famous work A Christmas Carol – which created a publishing sensation when it was first released on 19th December, 1843. Of course, A Christmas Carol is still famous today, in books, theatres, and cinemas, but did you know that Dickens also wrote four other Christmas books and a whole host of Christmas short stories?

Join Lucinda and Humphrey at midday on 24 December, as they chat about Dickens’s writing, look at how the author celebrated his own family Christmases and consider how his influence can still be felt all over the world during the festive season. Don’t forget your party hats!

If you missed my chat with @HumphreyHawk yesterday on the @GoldsterClub channel you can pick up on the recording now.
Just click on Media Archive to hear me talking about Venice, Rome, Copenhagen and writing.
Thanks all for the opportunity!
https://www.goldster.co.uk/book-club/the-library/#pills-podcast

@david_hewson @HumphreyHawk Good interview. I enjoyed it. Thought I was the only 'uneducated' one around.

📚Ready for our Thursday Inside Story?

David will tell all, knitting together his travels, his ideas, his many writing mediums & how he works his craft.