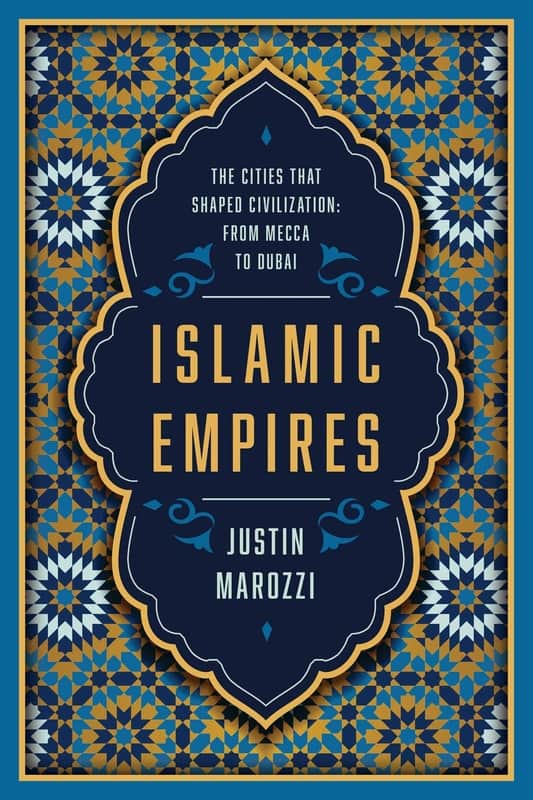 Hear about some of the most charismatic leaders in Muslim history, from Saladin in Cairo and mighty Tamerlane of Samarkand and to help put in context what we see in the headlines every day about the Islamic world.

Acclaimed travel writer, adventurer and historian, Justin Marozzi, discusses a topic that has captured our headlines and politics for years. Yet, for many of us, it remains a mystery.

From a succession of glittering, cosmopolitan capitals, Islam once lorded it over the Middle East, North Africa, Central Asia and swathes of the Indian subcontinent, while Europe cowered feebly at the margins. For centuries Islamic empires were both ascendant on the battlefield and triumphant in the battle of ideas, its cities unrivalled powerhouses of artistic grandeur, commercial power, spiritual sanctity and forward-looking thinking. No idea or thought was off limits. Justin’s latest book is entitled precisely that, Islamic Empires: Fifteen Cities that Define a Civilisation, and it unfolds a history of this rich and diverse culture from its earliest beginnings in Mecca in the seventh century to the astonishing rise of Doha, capital in Qatar and venue of the 2022 World Cup.

Justin has travelled extensively in the Middle East and Muslim world and has worked in conflict and post-conflict environments such as Iraq, Libya, Afghanistan, Somalia and Darfur. He is the author of fascinating travel books including The Man Who Invented History: Travels with Herodotus and Baghdad, City of Peace, City of Blood. His work has been praised for being compelling, personal, caring and revealing.

Join Justin Marozzi in conversation with Humphrey to hear about some of the most charismatic leaders in Muslim history, from Saladin in Cairo and mighty Tamerlane of Samarkand and to help put in context what we see in the headlines every day about the Islamic world.