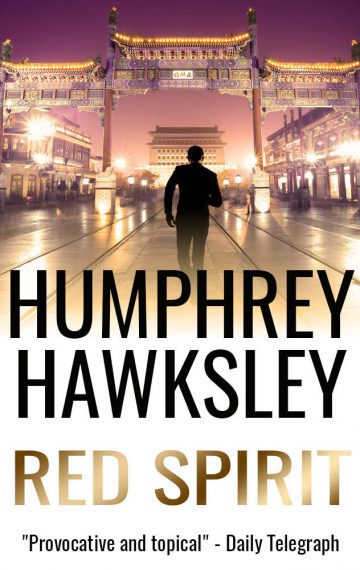 RED SPIRIT is the haunting story of what lies beneath China’s modern face. As the eyes of the world was on China in 2008 for the Beijing Olympics, so they were also watching in 1989 when troops massacred students around Tiananmen Square.

But little known to anyone, an extradordinary was battle was going on around the city of Xian, home to the famous Terracotta Warriors that protect the tomb of China’s first emporer Qin Shi Huang.

Dr Sally Parsons, a brilliant, but stubborn archeologist, has a dream to excavate the tomb. It’s thought that no one has ever seen the lavish decodrills through the mound, she sees something that puts her life in extreme danger – and is about to create a nightmare for millions.

In early 1989, Soviet communism is about to collapse. In China civil war is brewing, and a secret is about to be uncovered that could change the course of history.

AS SOON as the First Emperor became king of Chin, excavations and building had been started at Mount Li, while after he won the empire more than seven hundred thousand conscripts from all parts of the country worked there. They dug through three subterranean streams and poured molten copper for the outer coffin, and the tomb was filled with models of palaces, pavilions and offices, as well as fine vessels, precious stones and rarities. Artisans were ordered to fix up crossbows so that any thief breaking in would be shot. All the country’s streams, the Yellow River and the Yangtse were reproduced in quicksilver and by some mechanical means made to flow in an miniature ocean. The heavenly constellations were shown above and the regions on the earth below. The candles were made of whale oil to ensure their burning for the longest possible time.

The Second Emperor decreed: It is not right to send away those of my father’s ladies who had no sons. Accordingly, all these were ordered to follow the First Emperor to the grave. After the internment, someone pointed out that the artisans who had made the mechanical contrivances might disclose all the treasure that was in the tomb; therefore after the burial and sealing up of the treasures, the middle gate was shut and the outer gate closed to imprison all the artisans and labourers, so that no one came out. Trees and grass were planted over the mausoleum to make it seem like a hill.

A neat plot…a provocative and topical thriller.
The Telegraph, London

A novel of terrifying power and suspense set against the events leading up to the massacre at Tiananmen. You will never see China in the same way again.
Adam Williams, best selling author, The Dragon’s Tail