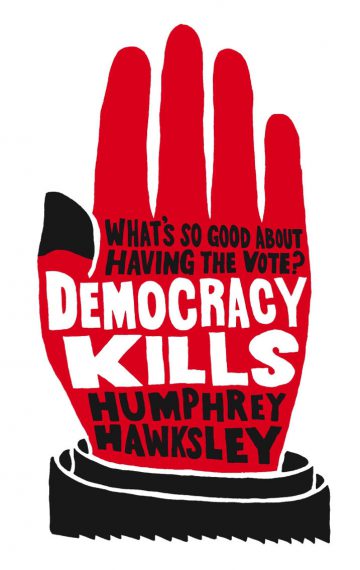 THE FREEDOM FACTOR – A quest for freedom and dignity

Failed states, not super-power rivalry, are now defining our foreign policy. Why then, do we know so little about how to fix them?

With attempts to bring democracy to Iraq and Afghanistan leading to war and Egypt back under military rule, Humphrey Hawksley asks: what is the best way to move from dictatorship to democracy without violence?

The result is a book of vivid reportage in which we meet the Iraqi wedding photographer willing to exchange his vote for water, electricity and security; the Patagonian sheep farmer who saw economic collapse looming long before the bankers; the African cocoa farmer who is earning a quarter of what he was thirty years ago; the politician in a shabby election office who gives Hawksley a step-by-step answer to his overarching question – but who is willing to listen?

In the end, it has to do with our conception of man. It is not just what people want that matters, it is what serves human dignity.
Robert Cooper, The Sunday Times

This kind of democracy can kill, as his title suggests, encouraging conflict rather than resolving it. It is an engaging record of a dogged and decent journalist at work.
Martin Woollacott, The Guardian

The breadth of his experience… gives him a unique vantage-point from which to compare different systems: both as seen by the rulers, and – more important perhaps – by the ruled.
Mary Dejevsky, The Independent

Democracy is difficult, messy, uneven and contradictory. But it’s also about hope, and the liberation of the human spirit to write, speak and organise economic and social relations as intelligently as possible.
Denis MacShane, MP, Financial Times

Hawksley is an intrepid survivor of a declining species, a brave and honest foreign reporter with a strong reputation for questioning shibboleths.
John Keane, International Affairs

…and even more reviews

What is surprising – uncomfortably so – is this: Evidence shows that attempts to democratize the developed world have made internal tensions much worse…
Gerard DeGroot, The Christian Science Monitor

Offers an impressive collection of evidence, including interviews with people at the bottom of the capitalist pile across five continents… This is an important book by a good journalist
Paul Simon, Morning Star

His descriptions of the chocolate trade in the Ivory Coast and the mess in Iraq are devastating, emotionally as well as intellectually.
Peter Gordon, The Asian Review of Books

It is a sign of the times that a British reporter, Humphrey Hawksley, has written a book with the title: “Democracy Kills: What’s So Good About the Vote?”
The Economist