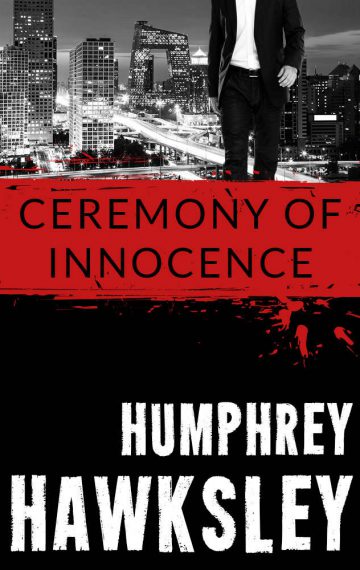 Brilliant physician, Sally McKillop has vanished with her two children. Their father will not rest until he finds them. But have they been kidnapped? Or have they gone voluntarily? And what will he find inside the world’s most enduring and secretive dictatorship?

CEREMONY OF INNOCENCE probes deep into the dark ambitions of 21st Century China. Through the character of Hong Kong policeman, Mike McKillop, it explores China’s corrupt underbelly and tells the story of a vulnerable, desperate man in search of his wife and children.

A gripping story, told with great imagination, but also with the knowledge and authority that one rarely sees in such thrillers.
Jon Swain, Sunday Times

A complex and convincing thriller ….an intriguing, if violent, vision of the near future.
New Scientist

The scariest milieu since the Cold War washed out.
Kirkus Associates

Humphrey Hawksley is one of only a handful of writers taking the thriller in important new directions.
Craig Thomas