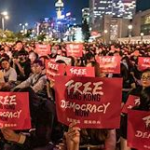 Hongkongers beware. Your city state became rich with a plethora of freedoms not because of its democracy, but through British colonial rule.  Your so-called pro-democracy protests have morphed into violence, even though the contentious extradition bill has been withdrawn. The voice of business has been drowned out and a spectre of conflict with the Chinese […]

END_OF_DOCUMENT_TOKEN_TO_BE_REPLACED 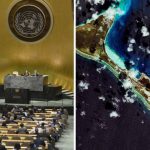 Britain’s occupation of a swathe of the Indian Ocean claimed by Mauritius follows almost line for line China’s claim to the South China Sea which is challenged by Southeast Asia countries. The UN General Assembly this week voted a crushing 116 to 6 that Britain should leave and London’s unimaginative and hubristic response underlines exactly […]

END_OF_DOCUMENT_TOKEN_TO_BE_REPLACED 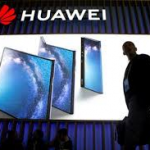 There is a gap in the Huawei story as to why Britain cannot use BT, Apple, Nokia or technology from a Western ally for its critical infrastructure? Why has its own tech development fallen so far behind that China seems to have a near monopoly? Or if it is about money, why not stop spending […]

END_OF_DOCUMENT_TOKEN_TO_BE_REPLACED 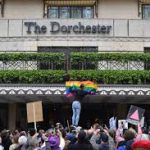 Brunei’s introduction of death by stoning underlines the West’s failure to lead instead of following public outcry. Sure, Brunei’s law is retrograde and Medieval. But, despite always carrying the death penalty on its books, this Southeast Asian Sultanate has not executed anyone since 1957. In contrast, Britain’s most recent execution was in 1964 and last […]

END_OF_DOCUMENT_TOKEN_TO_BE_REPLACED

Taking stock before another Brexit chaos week. Of all the damaging political statements over the past few years, the most lethal surely must be Theresa May’s: “If you believe you are a citizen of the world, you are a citizen of nowhere. You don’t understand what citizenship means.” She immediately legitimized the trend towards nationalistic […]

END_OF_DOCUMENT_TOKEN_TO_BE_REPLACED 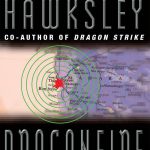 Almost twenty years ago I wrote Dragon Fire, a scenario of India-Pakistan conflict which ended up in a three-pronged nuclear war with China. It became a huge best-seller in Asia, and the tension this week is chilling to the extreme, particularly as Beijing’s influence inside Pakistan is so much more entrenched.  Dragon Fire is free […]

END_OF_DOCUMENT_TOKEN_TO_BE_REPLACED 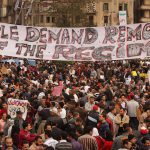 The Brexit Leave camp may have a point that, despite the referendum, Britain’s institutions remain luke warm or opposed to our exit from the EU. This argument has turned into a whine of foot-stamping and threats of riots because Leave is missing the wider truth. The Brexit vote is equivalent to regime change with Leave […]

END_OF_DOCUMENT_TOKEN_TO_BE_REPLACED 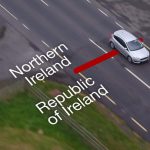 The future of Britain is now contingent on getting an agreement on the border between Northern Ireland and Ireland. Despite this being between two sovereign nations, there can apparently be no border checks.  If there are, we are told, it could lead to a religious, sectarian war.  The threat of armed Catholic-Protestant conflict in Europe […]

END_OF_DOCUMENT_TOKEN_TO_BE_REPLACED

Foreign correspondent, author of Rake Ozenna Arctic espionage series and Asian Waters; The Struggle Over the Indo-Pacific and Challenge to American Power.

Last night in the ICU of a #NYC hospital, I cared for 20 patients who were all on breathing machines due to #COVID19. Some REALLY young (20s), without comorbidities. Everyone is extremely sick. But sicker patients keep flooding in…

From a great broadcasting legend Five Live Up All Night. He’ll be back soon.

If @WHO can’t sort out a credible line on @MOFA_Taiwan how on Earth can it deal a pandemic. Who is this guy?

I've lost several days of my life to this illness. Many, many other people will lose their lives to it. This virus continues to spread everywhere and you - literally, you - can help stop it with the most basic of efforts. Wash your hands. Stay at home. Do it now. /ENDS